skip to main | skip to sidebar

In Cartagena and the so-called deputation of Rincon de San Ginés, the most easterly of all, is integrated throughout our municipality that is part of La Manga del Mar Menor, the portion of the Mediterranean coastline between Cabo Palos and Punta Negra and Mar Menor area between Los Nietos and Playa Paraíso. Their limits set by the West as the town of La Union and the deputation of The Beal. 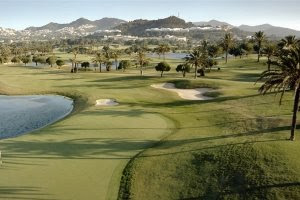 This gives us an idea of its varied richness and diversity of environments, especially when we consider their tourism potential, because not in vain since the U.S. citizen Gregory Peters realized in the early seventies of the geographical conditions of the site of Atamaría, next to the village of Los Belones, here were the facilities of La Manga Club, one of the best resorts and entertainment from around the world.

A wealth than their situation and diversity of environments you have to add the archaeological riches that have given birth to the work performed by experts in some areas, which reveal the seniority of their habitation. So are worthy of mention the work relating to the Cave of the Mussels (Los Belones) and coats of Los Dentoles (Calblanque), respectively, which point to human existence in the Upper Paleolithic to find in fragments of them spears and darts made of shank bone and deer.
Posted by Area Mar Menor at 1:14 PM